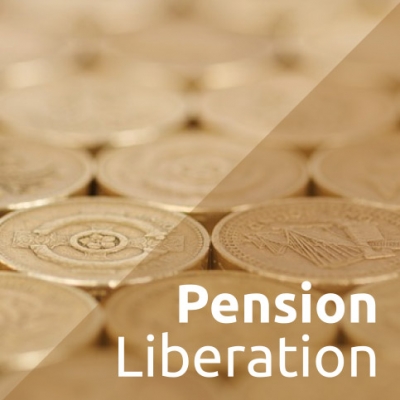 Pension liberation. It’s a term that suggests that individuals can access their pension funds before the age of 55 without permission from HM Revenue and Customs (HMRC).

Fundamentally, pensions can only be legally accessed from the age of 55, apart from in special circumstances, and most opportunities to do so earlier represent scams. Firms offering pension liberation services often convince individuals of a legal loophole that allows them to access the money, but the High Court of Justice ruled in May 2014 that no such loophole exists.

You can find out more here.

But it seems that, despite the ruling, people are still being conned.

According to campaign group ACA Pension Life, the government is 'ultimately responsible' for the potential loss of billions of pounds of savers' pensions by refusing to 'fix a broken system’.

The organisation says its members alone have lost more than £20 million across 13 schemes with total losses in excess of £2bn.

Angela Brooks, Chairman of ACA Pension Life, said: “The 800-plus members transferred into 13 different schemes that sunk their pension pots in high-risk ventures in order to ‘liberate’ their funds in a supposedly tax-free way.

“Cumulatively, these people, many of whom were already financially strapped which is why they were able to be conned into liberating their pensions in the first place, have potentially lost retirement funds worth a staggering £2bn.

“Not only are they uncertain whether their hard-earned life savings will ever be even partially recovered, they are now also facing ruinous debts and crippling tax bills.

“The slick, professional fraudsters assured them they could access their pensions tax-free due to a legal loophole. However, this was not the case – and HMRC are in the process of issuing tax demands of 55 per cent.”

Companies target savers claiming they can help them take, or access, their pension cash early. Individuals may be targeted through websites, mass texting or through cold calls.

You should never give out personal information in response to an unsolicited text or a cold call. You should always make sure that you know who you're dealing with.

How to spot a pension scam

If you are unsure about any pension schemes you may be a part of, the Pensions Regulator has the following steps to follow: